SCIENCE BETWEEN THE PAGES

journey to the
center of the earth 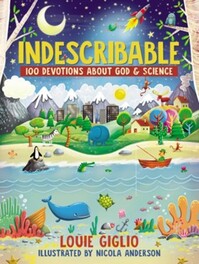 A Blank Page-  This was the devotion we began with today.  In the beginning God created... I read a devotion from Louis Giglio's Indescribable book on page 8.  God began with nothing and created everything on earth and in our universe.  God is also using each one of you as part of His incredible story.  Every class I teach, I begin with a blank page to see what the Lord might create through it.  Come, let's discover some of God's world together. 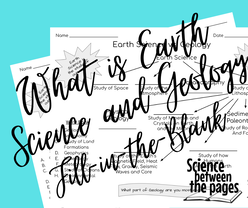 Before we dig into a new topic of study, it is important to excavate some terminology. (Puns always intended:)  We needed to learn what Earth Science is and what Geology is.  Are they the same?  How are they different?

Earth science is the study of the earth.  There are four branches of Earth Science; Astronomy, Meteorology, Oceanography, and Geology.  Each one of these branches has their own specific definition.  Geology is the study of the lithosphere which is the solid part of the earth.  Geology, then, has five subsections or categories.  We will be able to hit on each one a little bit throughout this year of discovery.  The five subsections of Geology are:
So Geology is but one branch with five subsections under the topic of Earth Science 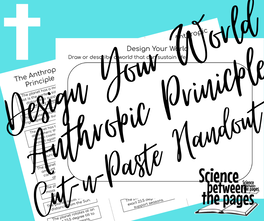 I challenged the students to design a world that could sustain life.  Will they draw a sphere? A cube? A pyramid?  I don't know but will let you know next week and see if they left out anything needed to sustain life. 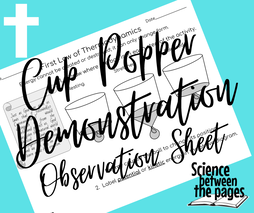 The next topic we dug into were the first and second laws of thermodynamics.  When God created our physical world, He made laws to govern it.  Just as God has given us laws that if followed (10 Commandments) would distinguish us from the world and protect us.  God has given the natural world physical laws that distinguish Him as Creator and we can rely on as we learn about His creation.

First Law of Thermodynamics states- Energy cannot be created or destroyed; it can only change form.  To demonstrate this law, I made all the students a Popper.  Shown here is a printable that also demonstrates this law in easy-to-understand way.  This sheet will also allow you to label how the potential energy is transferred to kinetic energy.  We didn't make new energy to shoot the cotton ball out.  It was transferred from the potential energy in the balloon popper. 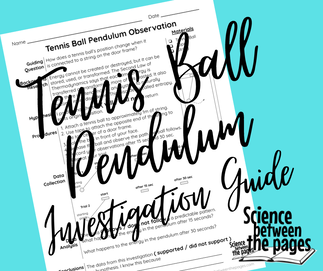 Second Law of Thermodynamics says simply that all objects tend to go toward increasing disorder in which energy is becoming less useful.  Increasing disorder is also known as entropy.
We demonstrated this by seeing if a tennis ball would hit us in the head if we let it swing from a door frame.  The demonstration is mapped out for you here.
The students would pull the ball out to their forehead and then let it drop seeing if without any added force, if it would hit them in the head.
This showed us that with every swing, the tennis ball loses energy therefore making a smaller swing. 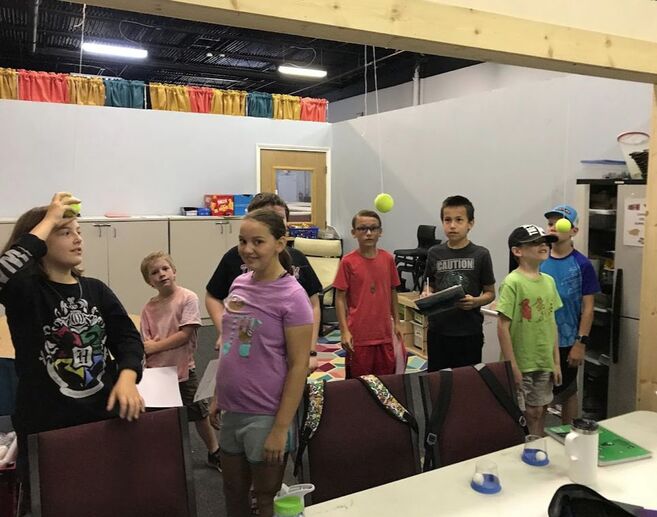 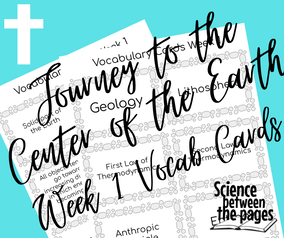 Our vocabulary words for this week are:
Geology- the study of the lithosphere
Lithosphere- the solid part of the earth
First law of thermodynamics-  Energy cannot be created or destroyed; it can only change form
Second law of thermodynamics- all objects tend to go toward increasing disorder in which energy is becoming less useful.
Entropy- Increasing disorder
Anthropic Principle- (I will go into this more next week) The principle that states God created the earth perfectly within the universe to sustain life.
Here are flashcards if you would like to use them. 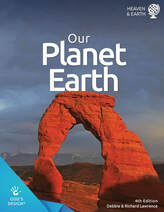 For the topics I am presenting in this class, I am using Answers in Genesis The Planet Earth from their God's Design series.  This week and next week, I will be covering Lessons 1,2, and 3.