SCIENCE BETWEEN THE PAGES

science of the unseen 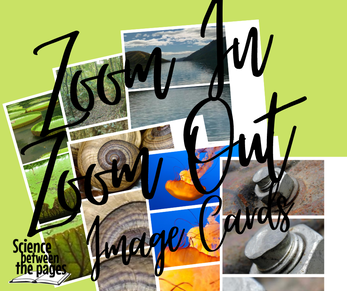 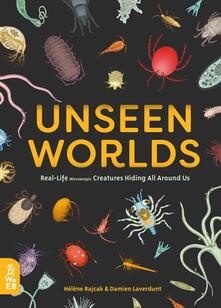 To introduce the topic of magnification, I placed extremely magnified pictures in different groups and asked them what they thought it was a picture of.
After everyone had shared their first guess, I then, gave them a picture of a slightly zoomed out picture of the same thing to see if their guess had changed with less magnification.  Some did and some did not.
Then finally, I gave them the 'whole' picture so they could see what was magnified.

We then had a discussion about what we gain from magnification and what we lose from magnification.  I introduced our vocabulary word, magnify.
Magnify is to make something appear larger than it is.
Sometimes when we magnify something SO much it gets blurry and out of perspective where we can't tell what it is.   This can also happen when we focus so intently on a word in a scripture from the Bible.  When we just look at the words and not the whole part, we lose the perspective and could apply the Word of God wrongly to our lives.  We must look at where the word is in the scripture to understand the meaning of the passage.

We then moved into a discussion about how one word can mean many different things.  Our next vocabulary word is scale.  I asked the students what they think a scale is.  One student answers that it was an instrument that weighs people.  Another student thought of fish scales.  Other students chimed in with snake scales and lizard scales.  Finally, another student thought of the music scales.  These were all correct meanings but the meaning that I am wanting is that a scale is a series of marks used for measuring.

If something has been magnified, typically, there needs to be a scale to provide a reference to how big something really is, not just how large something appears to be.

I showed the book Unseen Worlds by Helene Rajcak and Damien Laverdunt.  This book is organized well and shows masterfully drawn microscopic worlds like your bed or a kitchen cabinet, the beach, a pond.  Each picture has a key that labels all the microscopic animals that live around us unseen by our eyes.

If you need to get your kids to start cleaning, show them these unseen worlds and what lives with them when they choose not to clean their room. 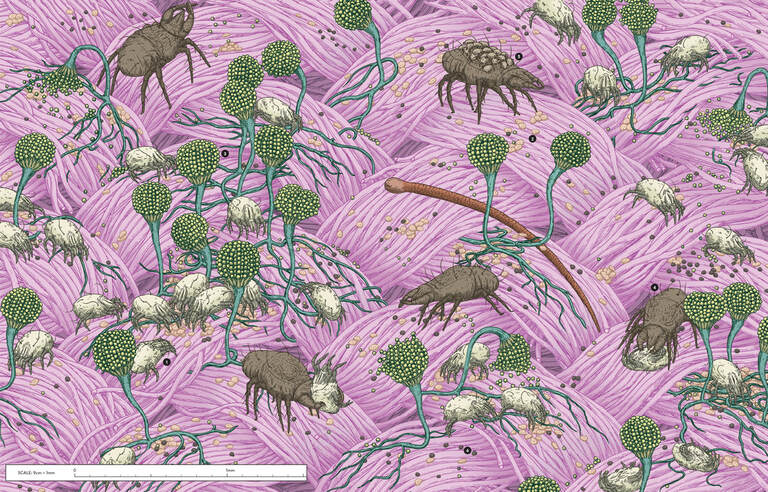 In order to magnify objects, we must have a lens.  I introduced two types of lenses; convex and concave.  Convex lenses curve outward and concave lenses curve inward.  I passed around examples of these lenses for the students to figure out what each one of those lenses do.
The convex lens will make objects appear larger where the concave lens will make objects appear smaller.

After we discovered what these lenses did, I passed out magnifying lenses for them to use and look at objects such as feathers, sponges, cotton balls. 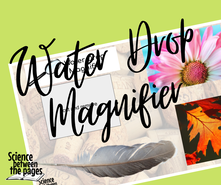 Finally, I showed them that water can also be a magnifier.  A drop of water naturally has a convex shape.  I made each student a Water Drop Magnifier that you can find here.

You simply print this out on cardstock, cut out the square with an X-acto knife and then laminate.
The students could place a dime size amount of water on the clear part of the magnifier, look through the bubble of water and magnify their sponge or feather.  They could also drop some water on the pictures themselves and magnify them this way as well. 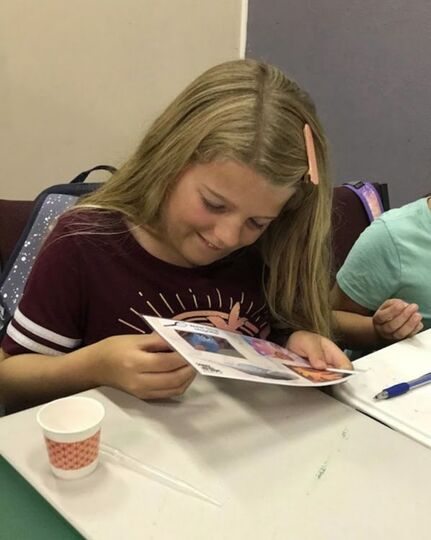 You can't have a class on magnification and microscopes without looking through a microscope.

The last part of our class we learned that a microscope is an instrument used to look at objects too small to see with the naked eye.
I also introduced the word structure which is the arrangement of parts in an object.

For our microscope investigation, we looked at a honeybee leg.  The students were able to view it through a microscope.
They were definitely able to see the structure of the leg in the microscope which was fascinating.

The six vocabulary words that I focused on were:
I have made some fun vocabulary cards that you can use to review these terms with your students at home. 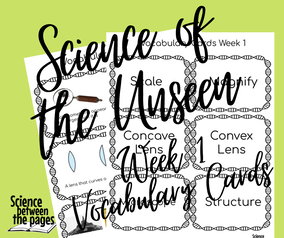